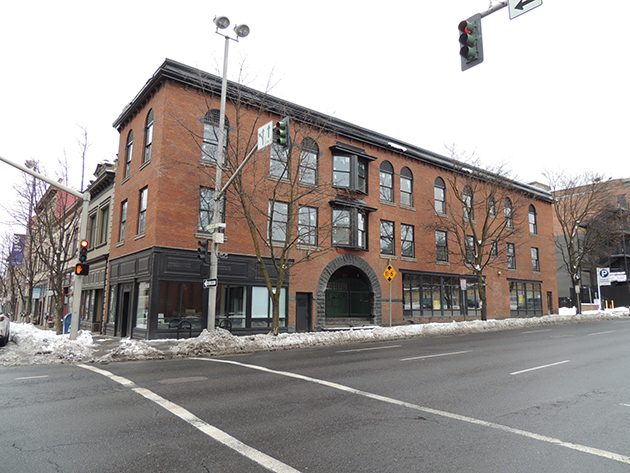 The Hotel Aberdeen is a vernacular commercial style three-story building at the corner of West First Avenue and South Stevens Street. The building was constructed for Agnes McDonough in 1898 as single room occupancy (SRO) housing. Although much of the building’s interior has been demolished, the floor plan telling of single room occupancy housing is still evident. On the exterior, the building is clad with brick and the design features a prominent granite arch that was originally centered on the primary west facade. The arch is extant, however it is no longer centered on the west facade due to a c.1902 addition that stretched the building twenty-five feet south to Railroad Alley. Above the arch are two unique double-light triangular oriel bay windows with pressed metal awnings protruding above the windows and stepped brick detailing below.