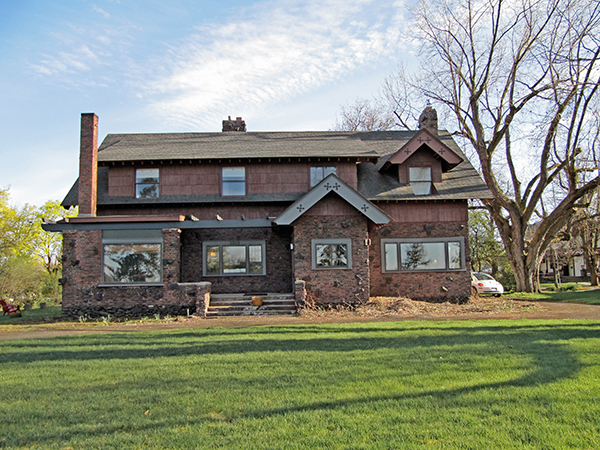 Listed in 2006 on the National Register of Historic Places in Nettleton’s Historic District, the Waldo & Louise Paine House, built in 1905, is an excellent example of the Arts & Crafts tradition in Spokane, Washington. The property is located in the West Central neighborhood northwest of downtown Spokane on Summit Boulevard, one of the city’s most admired residential streets. As its name implies, Summit Boulevard follows a high, curvilinear ridge at the summit of a wooded basalt bluff that overlooks the Spokane River as it flows northwest. Architecturally significant, the Paine House is a hallmark example of the American Arts & Crafts style embellished in the Craftsman style.

With a stupendous view of the river, forested hillsides, and distant mountain peaks, the well-preserved Paine House is prominently sited on Summit Boulevard and retains excellent integrity in original location, design, materials, workmanship, and association.