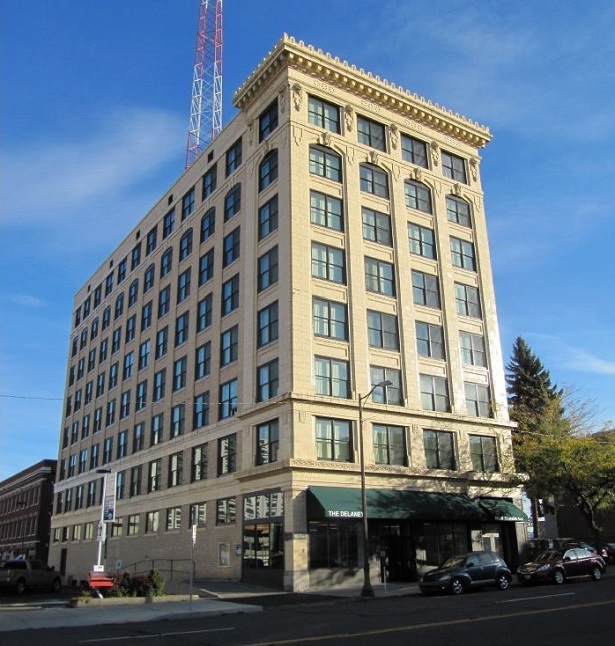 The Realty Building, erected in 1910 and designed by master architect, Albert Held, was one of the first and tallest skyscrapers built in Spokane.  Towering eight stories above Riverside Avenue, the building also possesses a delicate and decorative sculpted facade which is artfully rendered in smooth, reflective, cream-colored, glazed terra cotta. The building was originally constructed for the Spokane Realty Company, a group of businessmen and city boosters interested in positive planned growth for the region, and the architectural style and materials used reflects their "Pro-Spokane" vision.  It was around this time that new, tall, elegant buildings with exquisite details began to replace the plain, no-frill brick masonry structures which were erected quickly after the Great Fire of 1889.  The Realty Building, in fact, was also praised as being one of the leading fireproof structures in the city.  The Realty Building was home to a variety of businesses and even served as the Spokane Police Department headquarters until eventually becoming the Delaney Apartments in 1971.