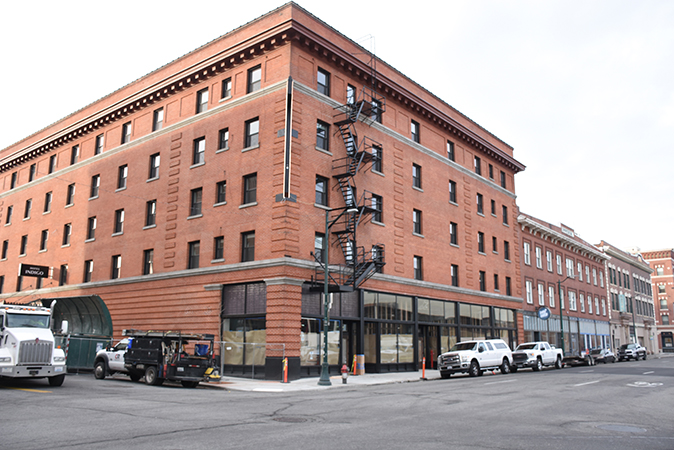 Dr. Joseph Gandy, one of the first residents of Spokane, had this building constructed in 1911. Originally named the Willard Hotel, it was a single-room-occupancy hotel designed to house the burgeoning working class population drawn to Spokane to fill jobs associated with the city’s unparalleled decade of growth just after the turn of the twentieth century. SROs were once commonplace in Spokane, but relatively few representative examples remain. The row of SROs including the Willard, along west First Avenue in the heart of the West Downtown Historic Transportation Corridor, represents the best extant concentration of this property type in Spokane. In 1921, Spokane investor Victor Dessert bought the structure and changed its name to the Atlantic Hotel. By 1941, it was called the Milner Hotel, in 1948 it became the Earle Hotel, and in 1956, the Otis. After years of deterioration and neglect, the Otis was purchased and completely rehabilitated for over $20M into the Indigo Hotel in 2019.

The Willard Hotel is listed individually and is a contributing property in the West Downtown Historic Transportation Corridor, listed on the National Register of Historic Places December 30, 1999.