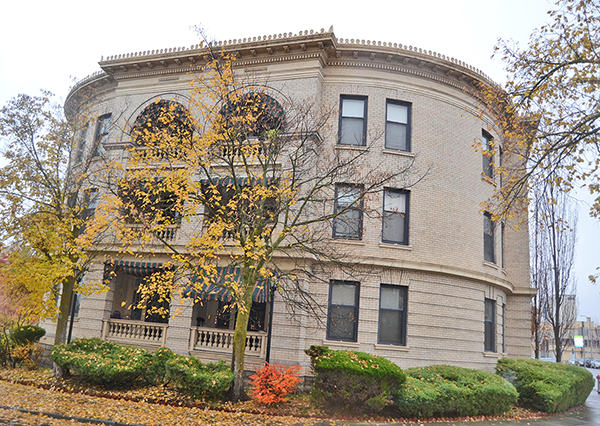 The San Marco's builder and owner George C. Beck intended it to be "one of the most elegant, expensive buildings" in Spokane, "with flats to lease to the upper crust." To that end he contracted Albert Held, one of Spokane’s premier architects, to design the building. Fred Phair, a leading local builder trained at the Cooper Institute in New York, was hired as the contractor in 1904. The building is architecturally significant for its association with Held and as a superior example of his work. It was listed on the National Register in 1986 as part of a multiple property nomination for apartment buildings in Spokane designed by Held together with three others: The Breslin, The Ammann, and The Knickerbocker. The San Marco is one of the earliest purpose-designed apartment buildings that catered to the middle to upper-class resident.

The San Marco is a contributing property in the Riverside Avenue Historic District, listed on the National Register of Historic Places 7/30/1976.