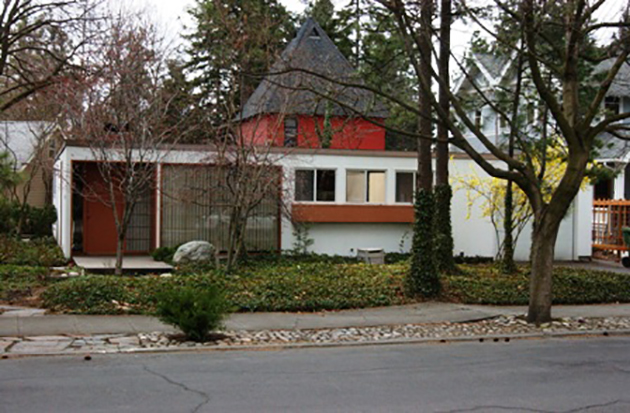 The Kenneth & Edna Brooks House embodies the distinctive characteristics of the modern movement in Spokane during the 1950s. Additionally, the 1956 home represents the early work of Spokane architect Kenneth W. Brooks, who was one of the prominent trendsetters in the local architectural community for over 30 years. Through his long and distinguished career, Brooks received architectural acclaim at the local, state, and national level, and received architectural notoriety in a variety of European publications. The Brooks house is significant as a resource that demonstrates Brooks’ mastery of the language of architectural expression developed by Mies van der Rohe, a dominant force in American construction in the 1950s and 1960s.