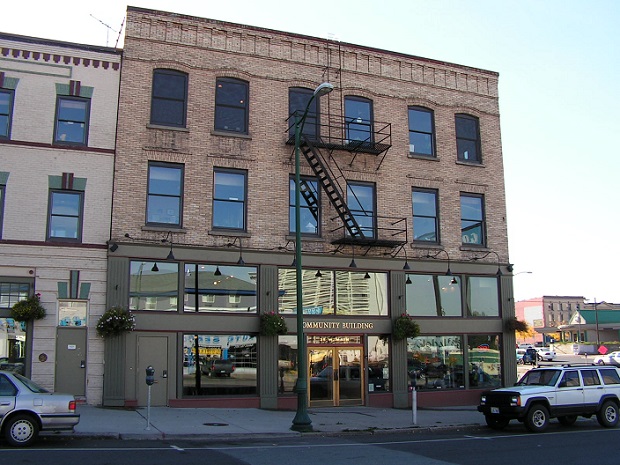 The Washington Furniture Building is historically significant for its association with the commercial expansion of Spokane’s central business district during the unparalleled period of growth in the first decade of the twentieth century. The building’s construction in 1909 coincided with increased building activity that resulted in the emergence of the first block of West Main Avenue as a commercial area on the periphery of downtown that accommodated small business enterprises and residential spaces catering to the working class. This particular part of town became home to a community of immigrants from the Balkan countries. The Washington Furniture Company Building’s brick facade still reflects its original use and character and contributes to the high degree of integrity that the block as a whole conveys; very few, if any blocks in east downtown Spokane retain such a high concentration of historic buildings.

The Washington Furniture Company Building is a contributing property in the East Downtown Historic District which was listed on the National Register of Historic Placesin 2003.