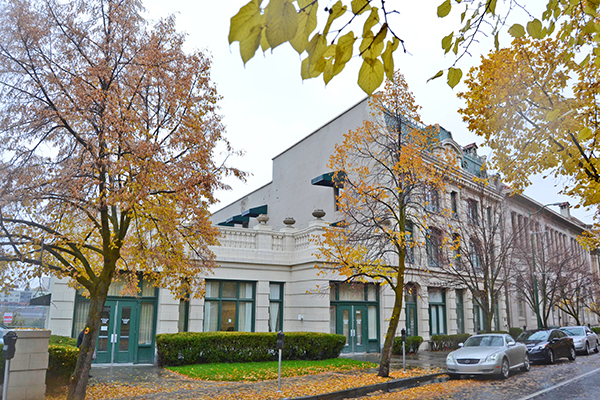 The Smith Funeral Home Building is one of the focal point structures in the Riverside Avenue National Historic District, a serpentine avenue of stately buildings. The Baroque Revival building was completed in 1912 for Smith and Company, pioneer morticians.  The building was constructured at the considerable cost of $130,000 from plans drawn by Alfred Jones and Joseph Levesque.   The mansard roof, ornamental cartouche placed high on the facade and the original copper marquee gave the funeral home a sense of dignified refinement.  In 1925, the company erected a steel-framed single-story garage entrance at the west of the building. The funeral home was the oldest continuously operating mortuary in the city prior to its closing in the late 1970s.  It then sat vacant for nearly a decade and was very nearly demolished before the North Coast Life Insurance Co., located next east in the former Spokane Elks Lodge, rehabilitated it during the late 1980s.

The Smith Funeral Home building is a contributing property in the Riverside Avenue Historic District, listed on the National Register of Historic Places 7/30/1976.