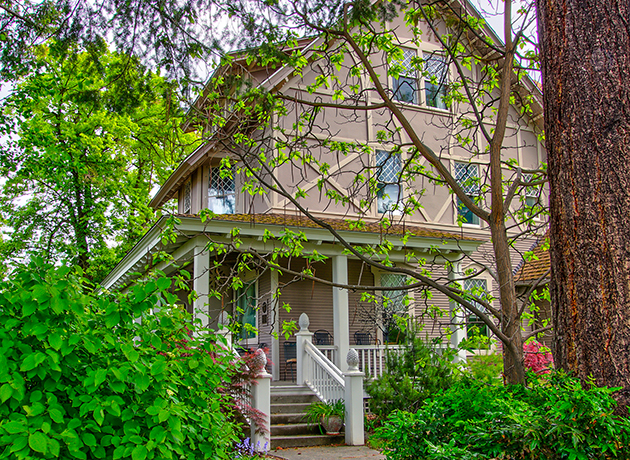 The Ralston House is historically significant for its association with John C. Ralston, the Spokane civic engineer who designed and built it in 1900. The house reflects the influence of the Tudor Revival style, as interpreted by Ralston. Ralston was employed as the City of Spokane’s chief engineer from 1907 to 1910 when he planned and designed more than $8 million worth of municipal improvements in the city, including many miles of pavement and six of the nine concrete arch bridges erected during Spokane’s “Golden Age of Bridge Building.” His most noteworthy contribution to Spokane is the Monroe Street Bridge, a city landmark completed in 1911 listed on the National Register of Historic Places in 1975. The home remained in the Ralston family for 90 years.

The Ralston House was listed on the National Register of Historic Places on its own merit in and as a part of Nettleton's Addition Historic District in 2002.