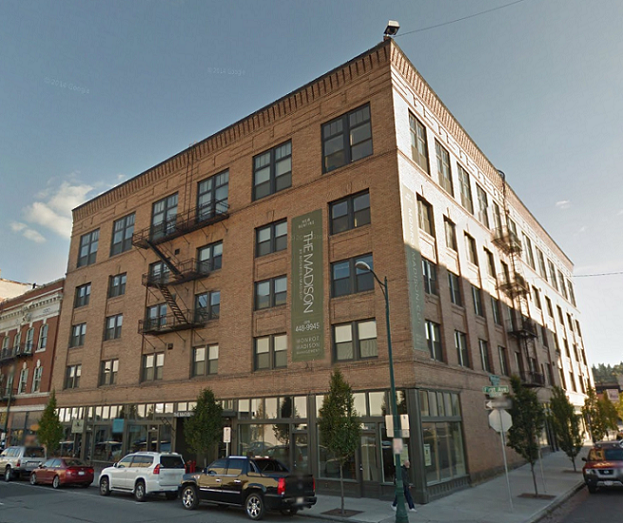 The New Madison Hotel was constructed in 1906 during a period of intense growth for the city and its use as a Single Room Occupancy hotel contributed to the overall development of the transportation and commercial neighborhood.  The New Madison housed transient workers and other travelers during the short-lived economic boom and population expansion.  The five-story building was originally broken into commercial space on the ground floor, 159 rooms on the next three floors and the Blair Business College on the top floor.  The buff-colored brick adds a lightness to the otherwise large mass of the building.

The New Madison Hotel is a contributing property in the West Downtown Historic Transportation Corridor, listed on the National Register of Historic Places in 1999.