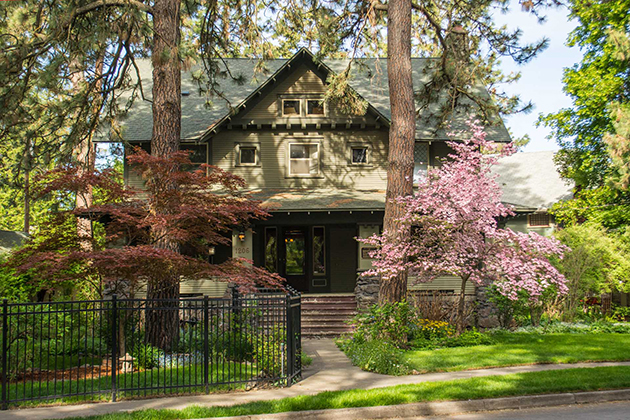 The Mueller House was built for Professor Franz Mueller and his wife, Emma.  Franz Mueller came to Spokane in 1889 to direct the Musical Department at Jenkins University.  Mueller was educated at the New England Conservatory of Music and, from 1891 to 1892, he headed the Musical Department at Gonzaga College and later founded the Spokane Conservatory of Music.  He was well known as a composer; his best known work was the “White Fawn” which was presented in Spokane in 1895.  He also composed light operas and was the organist at the First Methodist Church for most of his residency in Spokane.

The Mueller House is a contributing property in the Marycliff-Cliff Park Historic District, listed on the National Register of Historic Places in 1979.