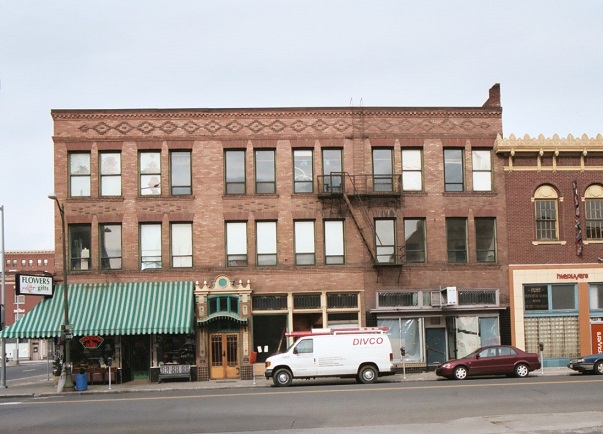 The Metropole Apartment Building was constructed during the city’s most significant period of growth, 1900 to 1910.  With commercial uses on the ground floor and apartments on the upper floors, the Metropole provided lodging for working class clientele in the growing downtown and it has operated continuously as an apartment building from its construction in 1901 to present day.  Charles F. White designed the vernacular brick building which retains its original architectural character as well as the characteristics features of a downtown commercial apartment building.  The Metropole maintains exterior integrity in its nicely detailed and well preserved facade.  In its role as a Single Room Occupant (SRO) hotel during this era, the Metropole was more elaborate in that each unit had a kitchen and a bathroom.  The units were intended for more permanent clientele as well as families.

The Metropole Apartments are contributing property in the East Downtown Historic District.  The district was listed on the National Register of Historic Places in 2003.