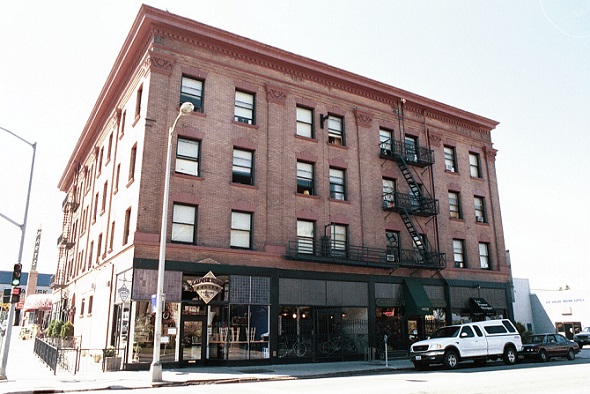 The Hotel Upton is historically significant as a Single Room Occupancy hotel (SRO) in Spokane’s central business district. It was built in response to an unprecedented period of growth in Spokane’s history between 1900 and 1910, when the city became the regional distribution hub of the “Inland Empire.” Like other SROs, which appeared on nearly every block of the central business district during the period, the Hotel Upton was built to accommodate the many itinerant laborers that flocked to Spokane to benefit from the expanding industries such as mining, agriculture, lumber and railroads. The Imperial Investment Co., headed by principle owner, manager, and secretary Andrew Laidlaw, a mining and real estate investor, contracted prominent Spokane architect Loren L. Rand to design the building. Some of Rand’s other notable local works include the First Presbyterian Church, the Marble Bank (now demolished), numerous schools including Lewis and Clark High School, and the Riverside and Main additions to the Crescent Building. The Grand Coulee, as the building is now known, retains the functional integrity of a typical SRO, with the ground floor given over to commercial space and housing on the upper floors. It is the western terminus of the West Downtown Spokane Historic Transportation Corridor, a National Register Historic District.

The Hotel Upton was listed on the National Register of Historic Places on its own merit in 1994 and as a part of the West Downtown Historic Transportation Corridor in 1995.