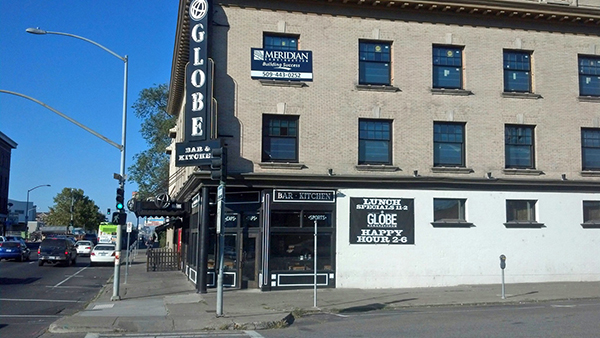 Built in 1908 in response to a period of rapid growth in Spokane from 1900-1910, the Globe is significant as one of the few remaining downtown hotels representing this period of development. With its buff-colored, pressed-brick surface, the handsome three-story commercial style block offered private, furnished, ventilated rooms to the hundreds of itinerant working class men and women who helped shape Spokane.  The hotel is also significant as a representative example of a Single Room Occupancy Hotel, a distinctive form of working class housing which was popular in the first decade of the twentieth century.

The Globe Hotel is listed on the National Register on its own merit in 1998 but also as part of the Multiple Property Documentation Nomination of Single Room Occupancy Hotels in the Central Business District of Spokane, WA 1900-1910 which was listed in 1993. Again, it was listed as part of the East Downtown Historic District on the National Register and listed on the Spokane Register of Historic Places individually in 1996.