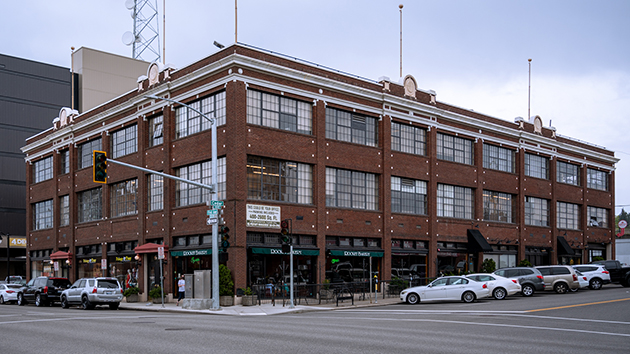 The Eldridge Buildings is historically significant as a distinctive example of the commercial structures associated with the evolution of the automobile culture. Constructed in 1925 for one of the Northwest’s leading Buick dealerships, the Eldridge Building was acclaimed as "The largest building in the state of Washington devoted to the sales and service of motor cars." Located on West First Avenue, the building established an anchor for an area of downtown Spokane historically linked to commercial transportation resources. Associated with the carriage trade before 1910, First Avenue, along with Sprague Avenue between Madison and Cedar, came to be known as "automobile row" by the mid-1920s. The building, which incorporated numerous modern features and innovations, is architecturally significant as an indicator of the versatility and skill of G. Albin Pehrson, one of Spokane’s most influential architects.

The Eldridge Building was listed on the National Register of Historic Places on its own merit in 1992 and as a part of the West Downtown Historic Transportation Corridor in 1999.