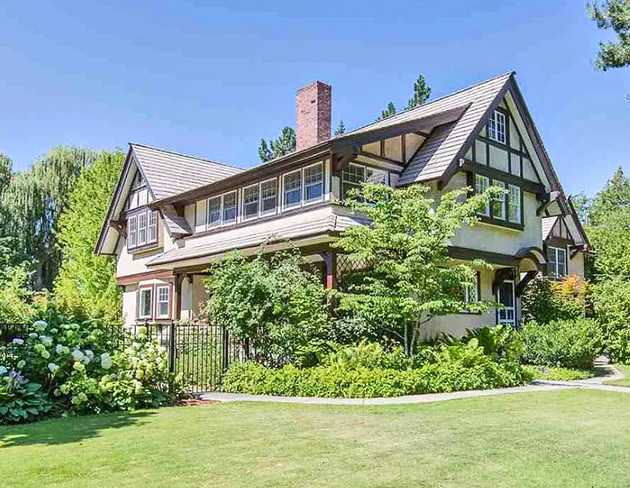 The Crommelin House was built for Henri Crommelin and his wife Antoinette Wilder Broadwater Crommelin. After Antoinette’s death in 1910, Henri married Elizabeth Schimmel in 1914, and the property remined their home for more than five decades. Noted as a pioneer Spokane banker, Henri worked as a manager of the Holland Bank of Amsterdam in Spokane from 1906-1931, and was president/secretary of the Vermont Loan & Trust Company until his retirement in 1946. Henri was esteemed as a member of Spokane’s Dutch colony, was a widely known businessmen who helped build up the city, and a contributing leader in local business, civic, social, and sports circles. The house is further architecturally significant as a fine depiction of the Tudor Revival style. With its asymmetrical design, steeply pitched roof, front-facing gables, half-timbering, narrow windows, and prominent side porch, the well-preserved Crommelin House embodies numbers identifying elements of the style.

The Crommelin House is a contributing property in the Marycliff-Cliff Park Historic District, which was listed on the National Register of Historic Places 12/21/1979.