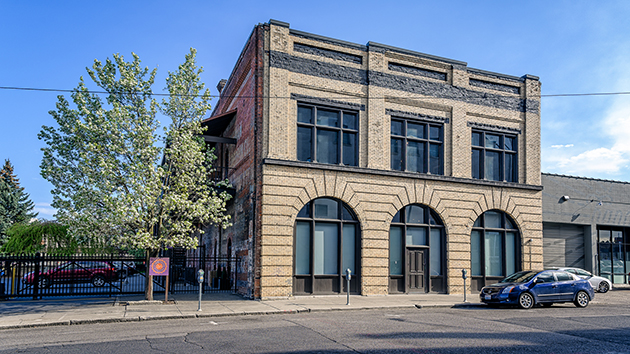 Local builder James M. Geraghty erected the Commission Building in the heart of Spokane's early Produce District for the Rasher-Kingman-Herrin Company in 1906. The company was created when Henry M. Herrin’s wholesale fruit and produce company merged with partners C.E. Kingman and Huber Rasher. The Rasher-Kingman-Herrin Co. remained in the building until 1915. The Roundup Fisheries Company, later Roundup Grocery, occupied the Commission Building from 1919 into the 1950s, when it built a new headquarters to the east. The Commission Building also housed the Independent Grocers Association Headquarters during the 1930s. The building has more recently been converted to condominiums.