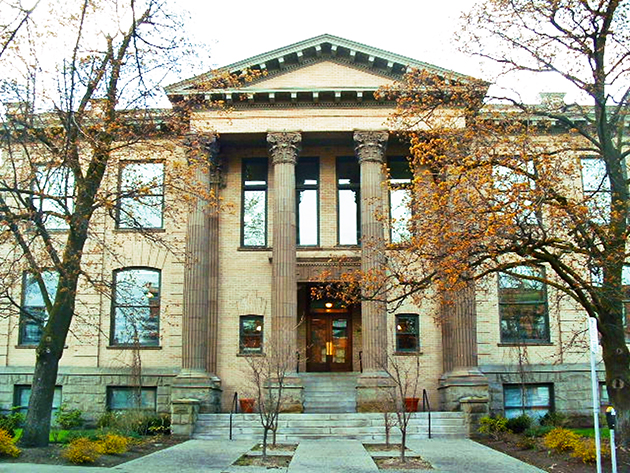 Built in 1904, the Carnegie Library, Main Branch, was the first true library structure in the city, occupying an entire block at the east end of Browne’s Addition. Philanthropist Andrew Carnegie funded construction of the building, and acclaimed Spokane architectural firm Preusse and Zittel designed it. The building is an excellent example of neo-classical styling, exhibiting several unique and well-preserved features. After over a decade of vacancy, Integrus Architecture of Spokane renovated the building in the 1990s to serve as the firm’s primary office building.

The Main Branch is listed on the National Register of Historic places as part of a multiple-property nomination that includes all of the Carnegie Libraries in Washington state (this also includes the East Side Branch, the Heath Branch, and the North Monroe Branch in Spokane).  It is also a contributing property in the Riverside Historic District, which was listed on the National Register 7/30/1976.