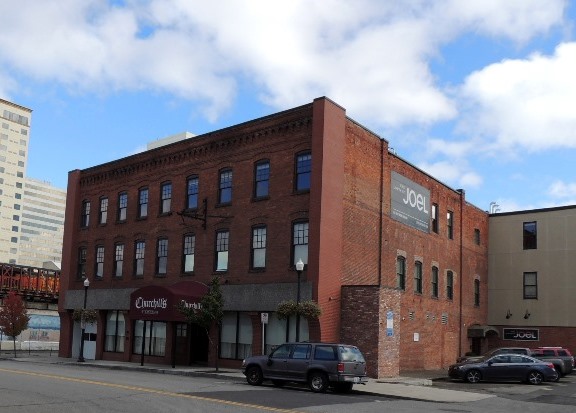 Built in 1899, the Boothe-McClintock/Electro-Kold (Joel) Building is located in Spokane’s central business district. The three-storybrick masonry-and-timber frame building (plus basement) is composed of two attached structures. They include the Post Street building at 165 S. Post, and an attached warehouse at 715 West Railroad Ave on the east side dating to around 1890. The buildings were originally designed, and then extensively renovated in 1910 by Cutter & Malmgren. Joel Inc., a gift store, moved into the 161 S. Post building (since burned) and remodeled the facade in the late 1960s. Joel E. Ferris Jr. was a community leader (and son of a very prominent community leader) who promoted the arts, downtown development, and philanthropy through the Joel E. Ferris Foundation.  Although the 165 S. Post structure has been altered for tenants over the years, it retains its historical integrity.

The Boothe-McClintock Building is a contributing property in the East Downtown Historic District which was listed on National Register of Historic Places in 2003.