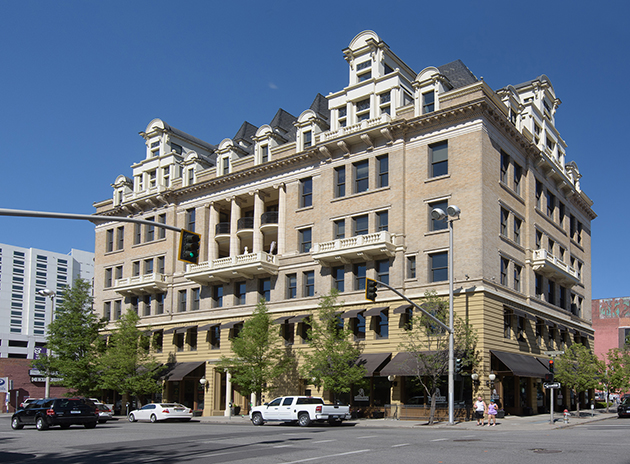 Located in Spokane’s central business district, the Legion Building is a fine example of the commercial Renaissance Revival style. The five-story masonry block was built by businessman, mining tycoon and yachtsman, F. Lewis Clark, to house the Spokane Club.  The building itself is a manifestation of the wealth generated in this area at the turn of the century.  Clark's intent in hiring John K. Dow as architect was to build and furnish one of the finest club quarters on the west coast.  Clad in Minnesota sandstone, blonde pressed brick veneer, creme-colored terra cotta embellishment and possessing a unique inset loggia with Ionic capitals, Clark's vision certainly came true. Unfortunately for Spokane, Mr. Clark mysteriously disappeared in Santa Barbara on the night of January 16th, 1914.  Only his hat was found in the surf the following day.

The Legion Building was listed on the National Register of Historic Places on its own merit in 1994 and as a contributing property in the East Downtown Historic District in 2002.