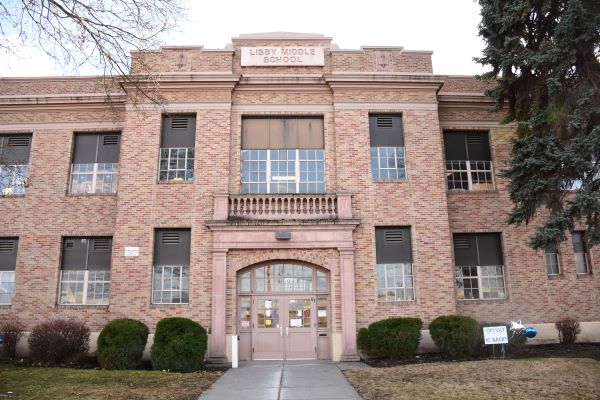 Built in 1928, Libby Junior High School and its companion on the northside, Havermale Junior High School (1928) were the first junior high schools to be built in the Spokane school district. The 1928 building is a nicely proportioned two-story brick structure that incorporates classical design elements to provide a formal and stately demeanor to a center of learning. As Spokane’s first junior high school, the building carries the two-story, classically inspired model of Spokane’s early elementary schools. Roland M. Vantyne, a prominent Spokane architect and F. O. Hughes partnered to design the building. Carl Vantyne, Roland’s son and a noted Spokane modernist, designed the 1961 addition to the building. As originally constructed, the 1961 addition was added to provide a cafeteria, kitchen and music rooms. It was described as a
“crystal palace” with full glass-panel walls, a striking, yet elegant contrast to the classical 1928 building designed by his father. The 1971 addition to the west end of the 1928 classroom building is a simpler building and reflects the material usage and economy of the early 1970s.