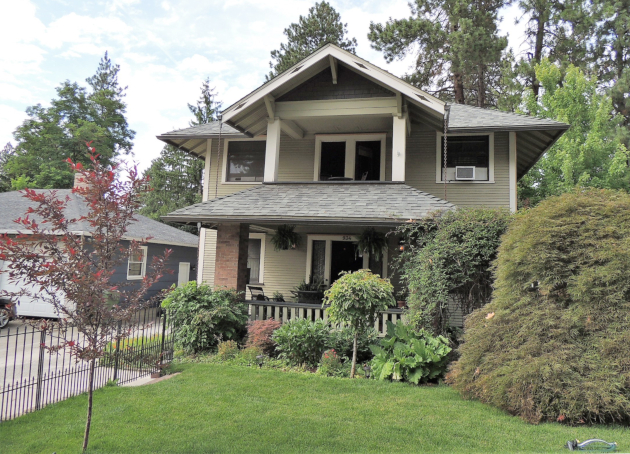 The Zent-Kimmel House was built in 1911, at the beginning of a decade that saw rapid and considerable growth in the Spokane economy and a boom in building construction. The home, designed in the American Foursquare styling, was built by a contractor and home builder named Eugene Danser. Danser’s nephew, Roland Van tyne, was living with him at the time the home was built,. Van Tyne was employed as a “draftsman” for Albert Held  and had worked as an architect in Buffalo, New York, before coming to Spokane. It is possible that Mr. Vantyne could have designed the Zent-Kimmel House as his first work in Spokane. The Zent-Kimmel House was originally built for Walter W. Zent and his family. At the time Mr. Zent purchased the house he was an attorney with the legal firm of Henley, Zent, and Cannon (later, Zent, Powell and Redfield). In 1918, the house was purchased by William L. Kimmel. Mr. Kimmel was a prosperous electrical engineer at a time when the relatively recent development of electricity as a power source allowed for a vast array of new products and appliances. The house retains excellent architectural integrity, largely due to its ownership by the same family for most of its history.