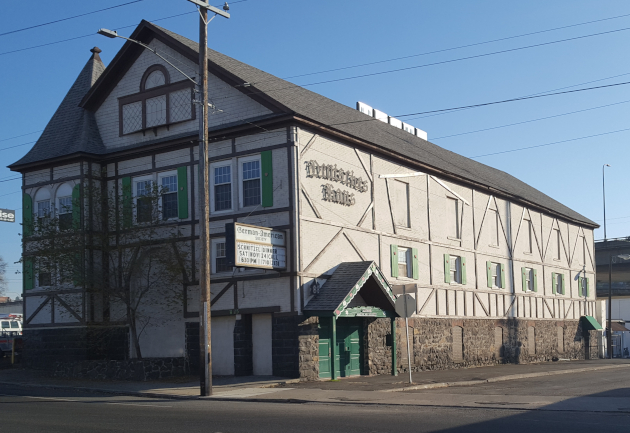 Turner Hall represents the culture and heritage of Spokane by its visual prominence, intangible German heritage, and a broad range of German cultural practices. Turner Hall is historically significant as the oldest surviving ethnic meeting house in Spokane, and has been continually used for more than twelve decades by the German-American Society who built it in 1897. Originally constructed with large spaces specifically designed to hold a variety of events and large congregations of Germans and German-Americans who immigrated to Eastern Washington and Spokane in the late 1800s, Turner Hall is a testament to the preservation of the German culture and the importance placed on gymnastics, athletics, music, choirs, education, and social eventsthat were held in Turner Hall—important cultural activities that helped bind the German immigrant population together in Spokane. Turner Hall is eligible for listing on the Spokane Register of Historic Places under Category E due to its association with Spokane's German-American culture and heritage. It is the first property listed on the Spokane Register of Historic Places under Category E which was added in a 2018 Historic Preservation Ordinance revision.