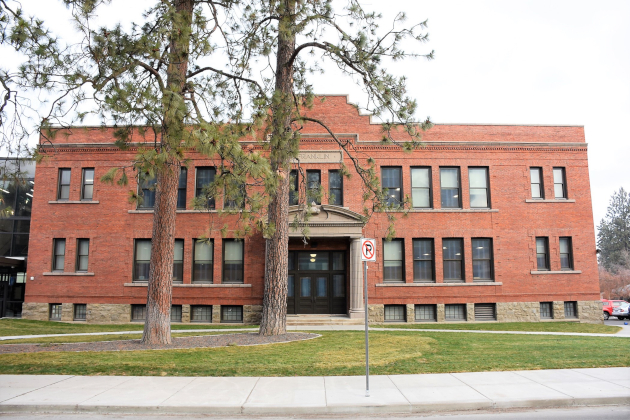 Franklin Elementary School is historically significant under Criterion “A” for its direct contribution to the broad pattern of educational development in Spokane. The 1909 building represents a second phase of school construction in the city and was one of the structures built as part of a quarter-million dollar effort to modernize the school system just after the turn of the 20th century. A later addition in the early 1950s shows how the district adapted to the post-WWII baby boom and the changing needs of its students, teachers and administrators. Today the original building and addition continues to serve their originally intended purpose and both retain a high level of integrity.

Franklin Elementary is also eligible under Criterion "C" as a resource that embodies the distinguishing characteristics of its type and period of construction. Stylistically the school represents a shift from the grand Romanesque Revival structures with bell towers of the 1880s, to the more restrained classical traditions of broken cornices, flat roofs and symmetry of the turn-of-the-century. The school is an outstanding example of early public school architecture in Spokane and is one of the few standing elementary school structures from a second wave of school construction in the city. The school also represents the work of noted Spokane architect, Loren L. Rand whose career spanned more than 30 years.