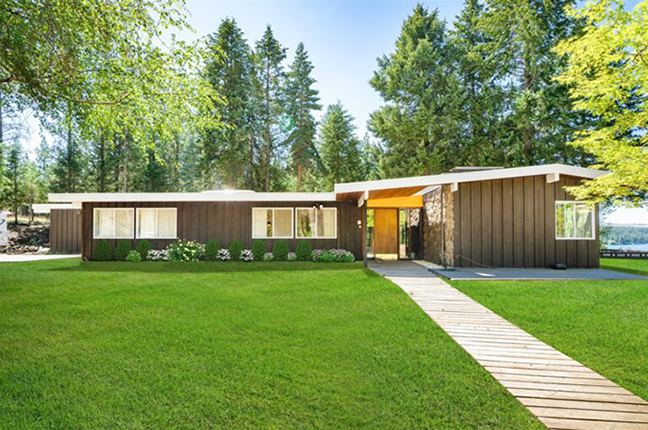 The Wallmark House, built in 1963, stands out as one of the premier Mid-Century Modern residences in Spokane County, among many such buildings in an area that was an epicenter of such experimentation. With its shallow-pitched roof, widely-overhanging eaves, massive brick chimney, attached garage, and fixed wood sash windows, it is a classic example of the Contemporary Ranch Style. It was designed by Moritz Kundig, who is among a plethora of Mid-Century modern architects who called Spokane home. The home was built for C. Leonard and Mable Wallmark and has remained in the family since the time of construction. Located on a high bluff overlooking Long Lake (formerly called "Lake Spokane") in the northwest reaches of Spokane County in Nine Mile Falls, the house is an excellent and highly intact example of modern architecture. The Wallmark House was listed on the Spokane Register of Historic Places on 11/29/2016.