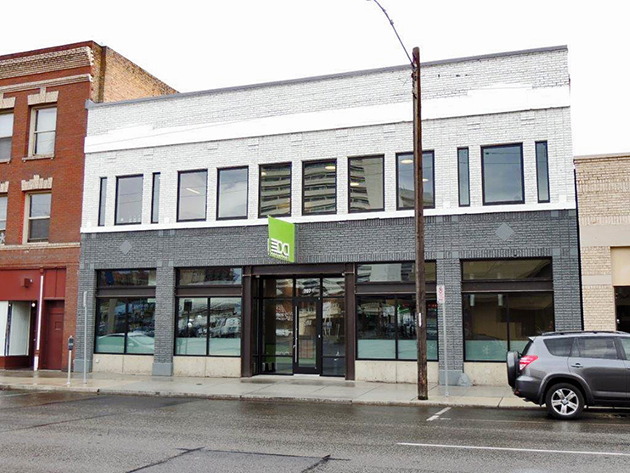 The Doran Building was constructed in 1920, when the age of the automobile was just dawning in earnest. It was designed by early Spokane architect Arthur Cowley and constructed by builder, Abe Houle. The building originally housed one of the earliest and most successful automobile dealerships in Spokane, owned by John Doran. After Doran's death, the building served as a car dealership for various businesses until the 1970's. The following decades saw the building occupied by auto repair shops until it was converted to the Evergreen Parking Garage in 2002. Although the building has experienced many modifications, the front facade maintains the original openings and much of the original appearance of the building. The Doran Building was listed on the Spokane Register of Historic Places on 11/07/2016 due to its contribution to local Spokane history.