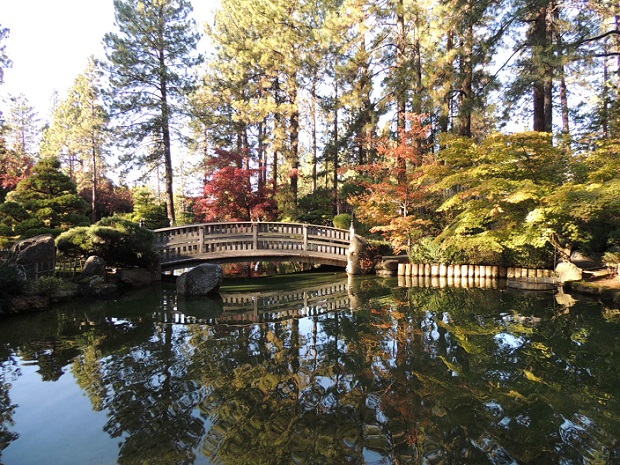 Used as a park as early as 1886, by 1891, when the City of Spokane began formally accepting donations of land for public parks, "Montrose Park," as it was originally called, was an established recreational area. Renamed "Manito" in 1903, the park was officially dedicated to the city in 1904 and became the public space cherished today. An evolving landscape, Manito Park has remained Spokane's primary community park since its inception and helps tell the story of recreation, culture, politics and landscape architecture in Spokane. This history is seen and experienced in the basalt-rubble structures, remnants of trolley lines, water features, exceptional flower gardens, such as the Formal Rose Garden and Duncan Gardens, and in the ever-serene Nishinomiya Tsutakawa Japanese Gardens. Truly a jewel of the city, Manito Park and Boulevard has provided recreational and cultural delight for over 100 years.

Manito Park and Boulevard was placed on the National Register of Historic Places in 2015.