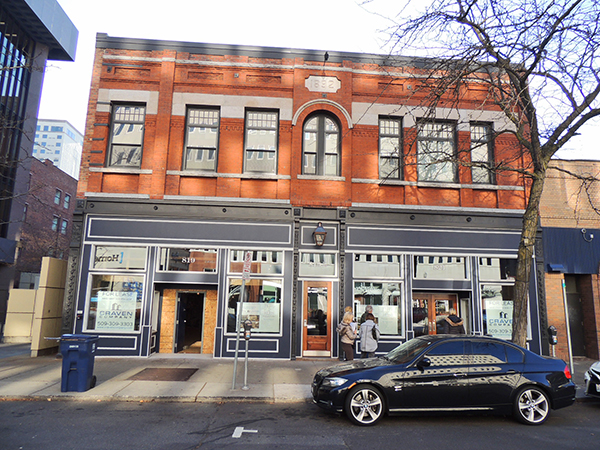 Built in 1892, the Genesee Block, named for reasons unknown, is one of the earliest and last remaining commercial buildings from the 1890s in Spokane's downtown commercial core.  A two story, commercial brick building, possessing some Romanesque Revival stylistic features, the Genesee Block has been in continuous operation for over 120 years. Currently vacant due to preservation and restoration efforts, the commercial structure has housed a variety of Spokane businesses over the years including, to name but a few, the Fred T. Merrill Cycle Company in 1895, Staples Candies in 1910, Barlett's Women's Clothing in 1915 and CE Carlson Company Furs by 1929.  Interestingly, a cork-lined room used by Carlson for storing furs still exists in the basement.