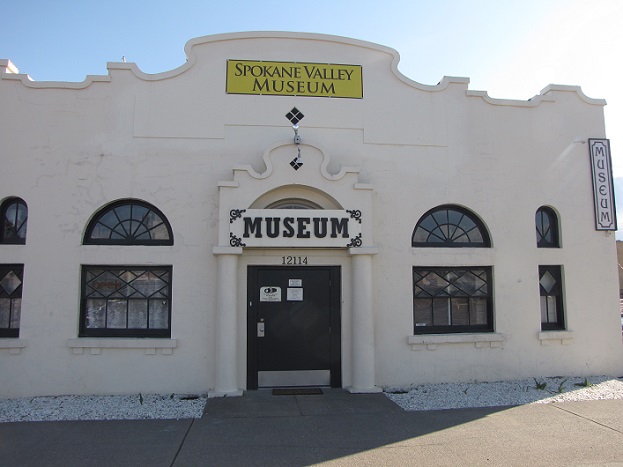 The Opportunity Township Hall, erected in 1912, is a unique, one-and-one-half story, Spanish Colonial Revival style building with a gracefully shaped roof parapet.  In 1905, D.K. McDonald, R. Hutchinson and A.C. Jamison founded the Modern Irrigation and Land Company and the farming community that formed around it would eventually become Opportunity.  In 1908, Washington passed a law enabling unincorporated communities to form local units of government called townships.  Now that Opportunity was officially recognized, the community needed a formal meeting place and four years later the township hall was erected.  It has served the community as a meeting place, early library and place of worship.  With "Opportunity Anno 1912" emblazoned at one point in terra cotta relief over the front entry, the Hall continues to represent the birth of a community over a century ago.  The building is now home to the Spokane Valley Heritage Museum.