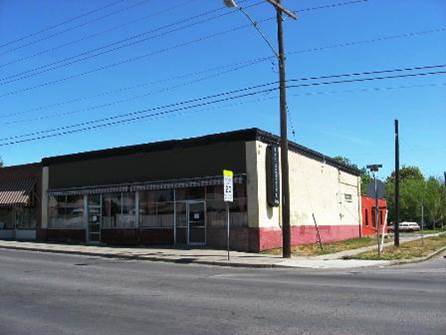 The Wallace-Lyberger Building was demolished in 2011 after 90 day waiting period.

Built in 1905 by Spokane carpenter, David W. Wallace, the Wallace-Lyberger Building was a one-story vernacular commercial block constructed of un-reinforced brick masonry with a flat roof, plain parapet and corbelled brick cornice.  The property was one of the first commercial buildings built in the Hays Park neighborhood along North Crestline Street and symbolizes the importance of the area's early 20th century development as a mixed-use residential and commercial neighborhood.  The P. A. Lyberger family founded the Bridgeport Grocery &Hardware Store, a family-owned and operated grocery business that occupied the building for 34 years from 1912 to 1946.  The Wallace-Lyberger Building gained historic significance in the area of "commerce" and "community planning and development" as an excellent example of the type of commercial enterprise associated with patterns of development and settlement that occurred in the early 1900s in the area.