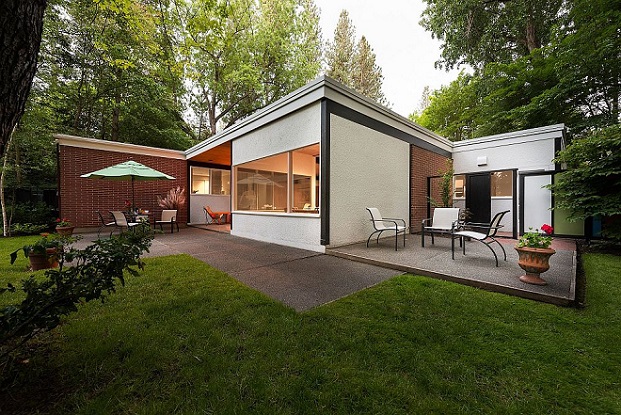 Designed in 1954 and completed in 1955, the Joel E. Ferris, ll House is an excellent example of mid-century modern and is the finest example of residential architecture by Bruce Walker. Its post and beam aesthetic reflects not only the Harvard Graduate School of Design (and one of its notable professors Marcel Breuer) where Walker was educated but the influence of Southern California architects as well. The landscape is the work of Lawrence Halprin, America’s most significant landscape architect of the modern era. Among other prominent features by Halprin is the rock garden between the carport and house.  The residence and grounds were built for Mary Jean and Joel Ferris, important fixtures in Spokane's local modern design movement.  They increased awareness and appreciation for modern design in Spokane through the furniture and gift store, Joel, Inc., which they opened in 1950 in the Boothe-McClintock Building.