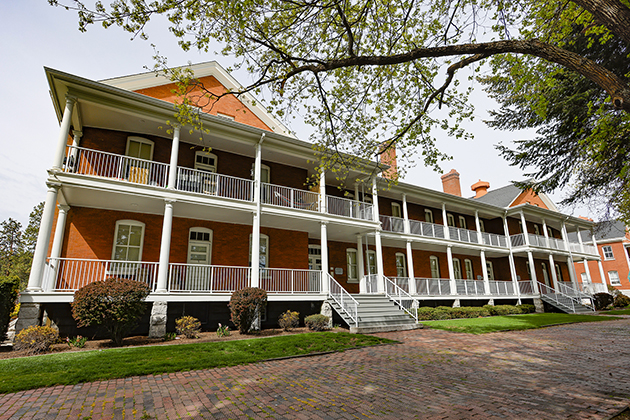 The Fort George Wright Barracks, now Randolf Arms Apartments, is a part of former Fort George Wright, named for the officer who led the 1858 punitive expedition against the Spokanes, Couer d’Alenes, Palouses, and other area tribes involved in a skirmish with troops under Colonel Steptoe some months earlier. The fort is a significant reminder of Spokane’s long military history.  The two barracks are U-shaped red brick neo-colonial Georgian structures with verandas extending along the front elevation on the first and second stories.  Before being transformed into apartment buildings, the Barracks were used in the 1950s as a headquarters for SAC.