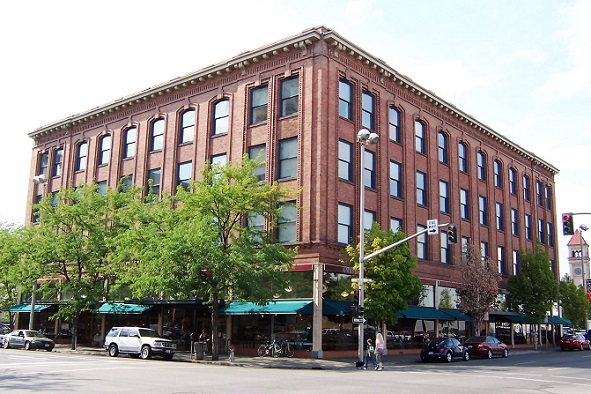 Significant architecturally as a fine example of commercial architecture in the Chicago School style, the Kemp and Hebert Building is also historically significant for its association with Charles Kemp, Henry Hebert and architect Alfred Jones.  Kemp and Hebert established the Wholesale Dry Goods Company in 1892 and formed the Kemp-Hebert Corp. in 1908 in conjunction with the opening of their new four-story building at Main and Washington.  The company continued to grow and expand through the 1920s.  The building stood vacant in the early 1940s after the death of surviving partner Kemp in 1940.  Liberty Furniture moved in during 1944, remaining until 1987.  After another period of vacancy the building was renovated by Auntie’s Bookstore, the current occupant.  In addition to the Kemp and Hebert building, Alfred Jones designed a number of other well-known buildings in Spokane including the Spokane Register Smith Funeral Home, the Kempis and Espanola Apartments and Sumner Avenue homes in the Marycliff-Cliff Park National Historic District, among others.