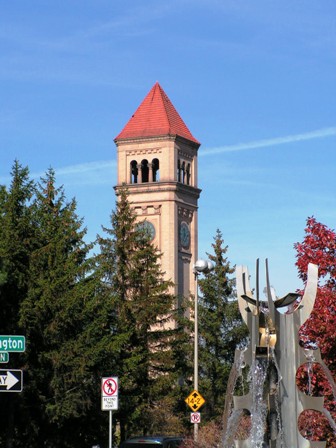 The Great Northern Railway Depot Tower stands as a physical reminder of the centrality of railroads in the emergence of Spokane as a regional distribution hub during the late nineteenth and early twentieth centuries. Construction of the depot commenced in 1901. When it was completed in 1902 it was considered the finest depot west of Chicago. Countless passengers embarked and disembarked at the depot, which served famous passenger trains like the “Empire Builder.” When the station was demolished in the early 1970s in preparation for Expo ’74, planners retained the clock tower. It is now a conspicuous landmark in the heart of Riverfront Park, the centerpiece of the city.

The Great Northern Depot was listed on the Washington Heritage Register on May 19, 1972.