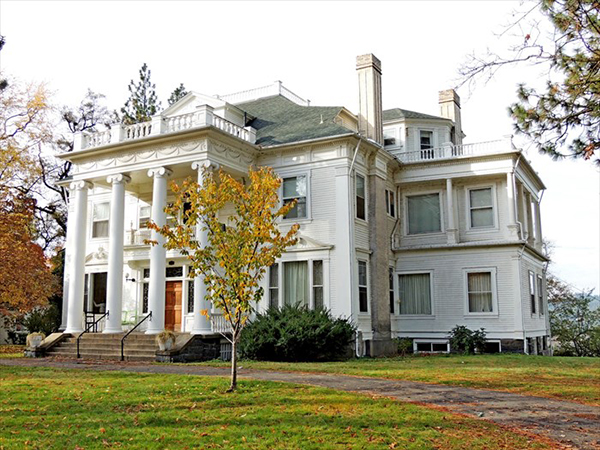 The John A. Finch house is a Georgian Revival mansion representing three interrelated aspects of Spokane’s history: mining, wealth, architectural excellence and the development of Browne’s Addition - Spokane’s first society district. Kirtland Cutter, the city’s most prolific and influential architect from 1889 to 1923, designed the house in 1898 for John Aylard Finch, developer of the Hecla Mine. The Georgian Revival was a relatively new departure for Cutter; only a few other Cutter houses were executed in the same style. One of three Cutter-designed houses built in 1898 on the same block of First Avenue in Browne’s Addition, the Finch Mansion firmly established the elegance of the district, and helped to set the high architectural standard of district residences. The home was occupied by the childless Finch family until 1915, and continued as a private residence until 1927. More recently known as the Virginia Apartments, the house remained a luxury dwelling until the end of World War II when the original furnishings were auctioned. Despite alterations, the Finch Mansion retains enough of its original grandeur to very convincingly communicate the tremendous wealth and expressive lifestyle of its original owner.