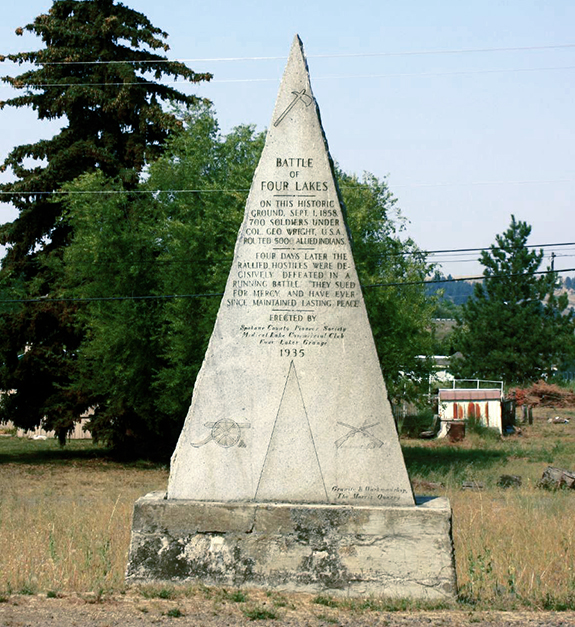 The Battle of Four Lakes Monument was erected in 1935 by Spokane County Pioneer Society, Medical Lake Commercial Club and Four Lakes Grange. The unassuming granite pyramid commemorates the 1858 battle between a confederation of Plateau Indian Tribes and a force commanded by Colonel George Wright. Wright was sent by General Newman Clarke to wage a punitive campaign in retaliation for the Tribe's attack on Lieutenant Colonel Edward Steptoe's forces earlier in the year. Armed with rifles, Wright's soldiers routed the native forces. Although the monument reads that 700 Army soldiers defeated "5000 allied Indians," contemporary research indicates that both sides were evenly matched, as Wright's fighting forces numbered around 500 and the Indian forces only slightly more than that.

The Battle of Four Lakes Monument was inventoried on April 12, 1970 but is currently not listed on the Spokane or National Register.