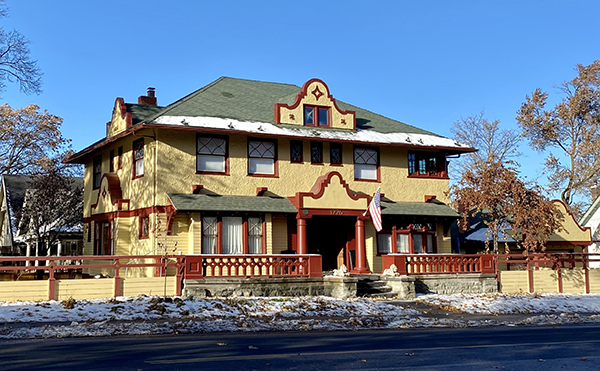 Aaron L. Lundquist, a noted contractor who built several homes throughout Spokane, built the house for Charles Winter, vice president of Spokane and Eastern Trust Company. The architect was Earl Morrison, whose other work includes a home at 1628 W. 9th. Several owners occupied the house between 1924 and 1947. In 1947 William Bartlett, parts manager for Reo Manufacturing, bought the house, owning it until 1989. Sam and Calla Rodell purchased the property in 1991, owning the home until 2001.