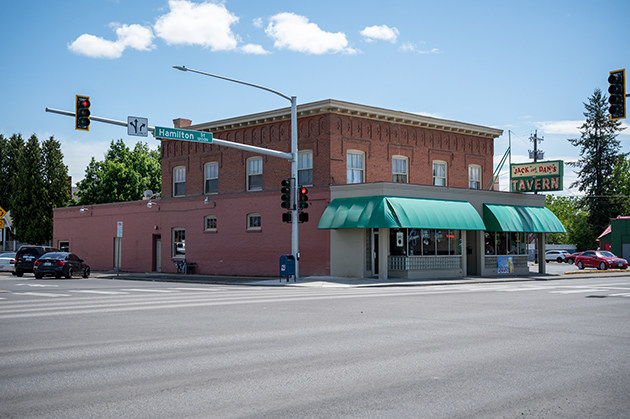 Jack & Dan’s Tavern is one of only a handful of remaining beer parlors in Spokane that have operated continuously as parlors/taverns since the repeal of prohibition in Washington in 1933. Built in 1909, the two-story brick building housed a variety of businesses over the decades including pharmacies, taverns and meat markets. Between 1915 and 1933, the prohibition years, saloons changed to soft drink establishments and no longer could patrons rest their feet on the brass rail while enjoying a cold one. Snappy Beer Parlor, which occupied the commercial space in 1934, would become Joey’s Tavern in the 1940s which would, in turn, become Jack & Dan’s.