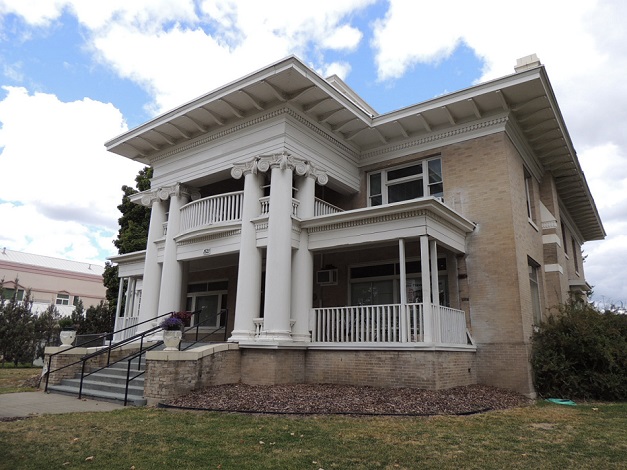 Built in 1916, the Turner House is located in northeast Spokane, on a plateau overlooking a lower scenic, terrace of the Spokane River Valley in a small residential enclave. The Luther P. Turner House is an excellent, and largely intact, example of the Neoclassical architectural style. With its two story front porch, massive chimneys, 20 foot high Ionic columns and large grounds, which once occupied an entire city block, the Turner House commands your attention. The home was built for the Luther P. Turner family, early settlers of the Inland Northwest who made their fortune growing wheat on the rolling Palouse hills west of Spokane. Luther and his wife later became prominent Spokane socialites. Following Mr. Turner’s death, the building served as a nursing home until its more recent conversion into office space.