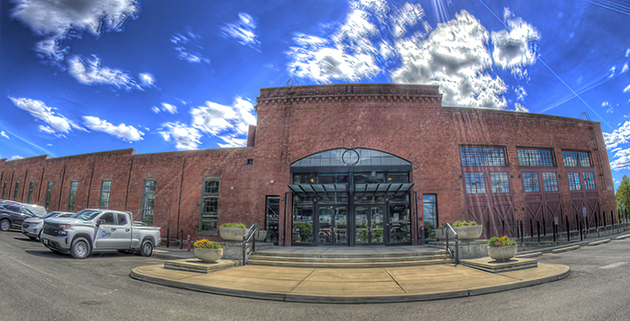 The Spokane & Inland Empire Railroad (SIERR) Facilities and Car Barns constitute the largest and most intact building assemblage arising from the early twentieth century heyday of the electric railroad in the "Inland Empire" of Washington State. Given Spokane’s national prominence in the early development of electric rail systems, these facilities provide a set of valuable resources connected with the transportation history of the United States. Built in a robust but austere variation of the industrial Romanesque Revival style, the SIERR buildings as a whole constitute a rare surviving example of a large scale electric railroad car complex from a century ago, a significant building type in both architectural and engineering terms. The brick and stone building complex features structural clarity and architectural expression in the straightforward materials, repetitive bays and scale of the various rail car barns. The SIERR building complex still stands as a rare surviving representative of an electric railroad car repair, storage, and fabrication facility despite minor alterations.