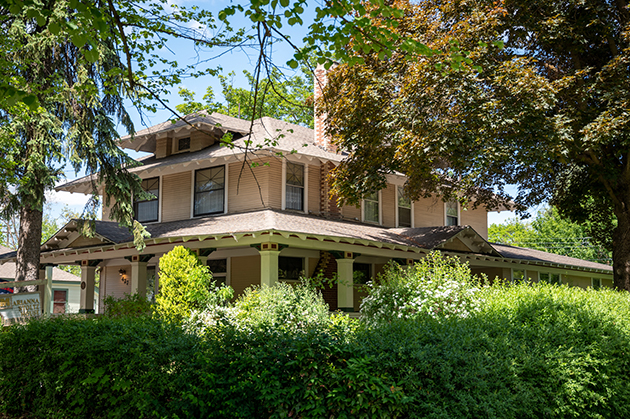 Architects Frank and Lewis Clapp designed this American Foursquare style house for A. L. Snow, a railroad contractor with the firm of Watson & Snow, who built the house in 1908. Heath Addition, where Snow built the house, was one of the first areas developed on the north side of the river. Subsequent owners included James A. Anderson, president of the Spokane State Bank and owner of the Division Street and Manito Hardware companies, and R. H. Leyda, co-owner of Leyda & Barr Fuel Co. (later Ermina Fuel Co.). The Stoltz family purchased the house in 1961 and converted it into a bed and breakfast during the 1980s.