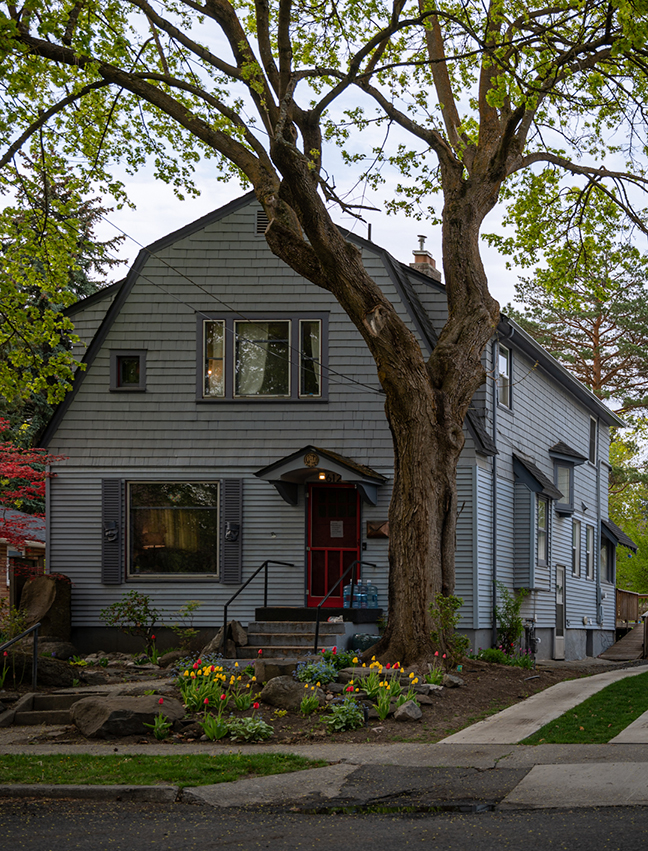 Dorothy Darby was born in Spokane on April 10, 1909, the only child of Ethel Standley and Hunter Darby. She was introduced to live performance as a teenager by way of vaudeville acts, touring road shows and the occasional play produced by local groups at the Hippodrome and Pantages theaters. For six decades, Dorothy Darby Smith nurtured community theater in Spokane with unmatched energy, passion and tenacity. As a co-founder of Spokane Civic Theatre and a driving force both behind the scene and onstage, she helped the group mature into one of the country’s most respected amateur theatrical organizations. For more on Dorothy Darby Smith and her home see the Spokane Register Nomination.