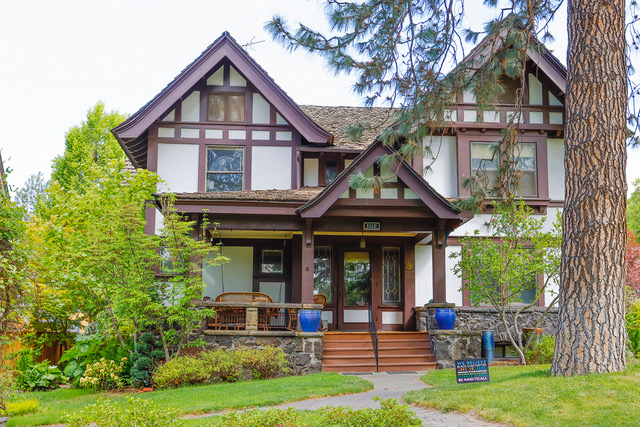 The Eugene and Josie Comstock-Shadle House was built in 1911 and is a fine example of the Tudor Revival style. Characteristic of the style, the home displays a steeply pitched roof with a slight flare at the eaves, multiple cross gables, three prominent front-facing gables at the facade, a covered front porch and false half-timbering with stucco infill. The interior of the home features a center hall plan with formal massing, and retains original built-ins, hand-polished woodwork, and a formal fireplace with glazed ceramic tile manufactured by Earnest Batchelder (1875-1957), a leading designer of the American Arts & Crafts movement and founder of the Batchelder Tile Company in Pasadena, CA. The house was built by the James M. Comstock, one-time mayor of Spokane, and designed by prominent architect Willis A. Ritchie.  Eugene Shadle and Josie Comstock-Shadle, partner and daughter of Comstock, respectively, resided in the home.

The Eugene and Josie Comstock-Shadle House is included as a contributing property in the Ninth Avenue Historic Distric which was listed on the National Register of Historic Places in 1994. The Shadle-Hughes House, along with three other properties, were included in their own district, the Comstock-Shadle Historic District, which was listed on the Spokane Register of Historic Places in 2006.