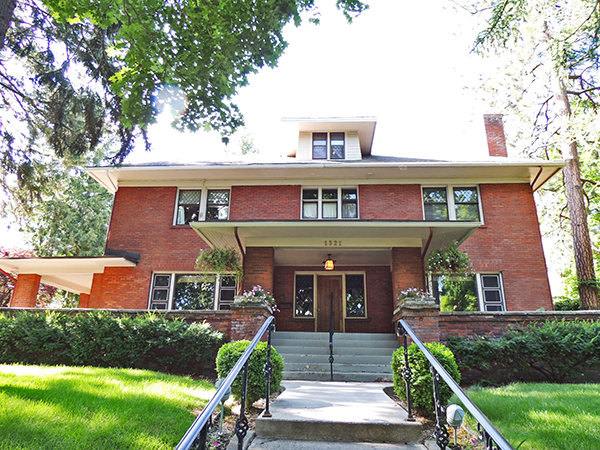 Designed by the firm of Cutter and Malmgren in 1907 for John Sengfelder, this home is architecturally significant for its association with Spokane’s renowned architect, Kirtland Kelsey Cutter. One of the earliest Spokane examples of a custom-designed house with strong Prairie Style elements, the Sengfelder-Bungay House affirms Cutter’s design versatility and illustrates his use of stylistic trends. The house is also historically important for its connection with two socially prominent businessmen who were leaders in the commercial development of Spokane, John Sengfelder and Roy Bungay. John Sengfelder, born in Pennsylvania in 1859, migrated west at age 18. Once in Spokane Sengfelder, practicing his trade as a baker and confectioneer, opened the Sengfelder Bakery and Confectionery Company, the largest establishment of its kind in Spokane, which eventually employed over 20 people. His numerous other enterprises included real estate investments. In 1923 he and his wife, Elizabeth, moved to Los Angeles. Roy Bungay and his wife purchased the house in 1923 from the Sengfelders. Mr. Bungay helped develop the Spokane International Railway and in 1914 he established, in partnership with John Johnson, the Johnson-Bungay Fuel Company.

The Sengfelder-Bungay House is a contributing property in the Ninth Avenue Historic District, listed on the National Register of Historic Places 7/21/1994.