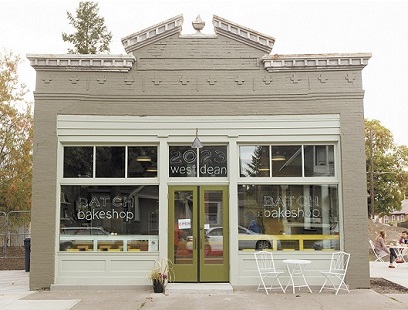 The St. Paul Market Building was built in 1905 at the corner of Dean Avenue and Chestnut Street and is one of the last of three commercial buildings built at this intersection in the West Central neighborhood. The property reflects the scale of the neighborhood’s early 20th-century development as a commercial node within walking distance of many residential customers. Founded by Julius J. Danielsen, the St. Paul Market was a family-owned and operated butcher shop that occupied the building for roughly 31 years from 1905 to 1936. True to its form as a neighborhood business and gathering point, the Westminster Presbyterian Church was founded in the basement of the building in the spring of 1955. It was renamed to the Dean Avenue Market in the 1950s and remained a retail food business well into the 1960s.