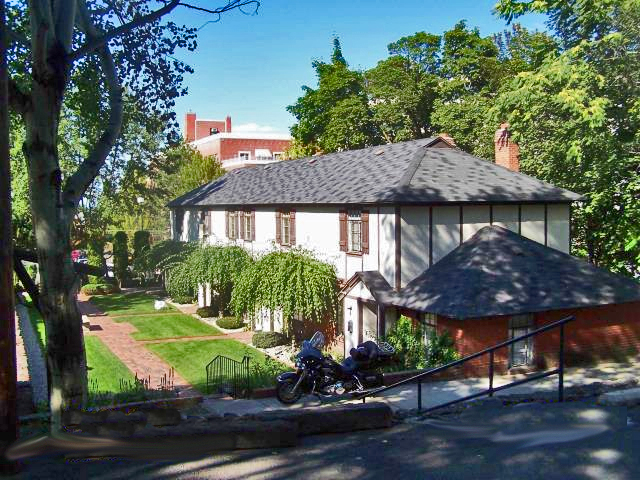 Built in 1939, the Robinwood Apartments are significant as a fine example of the Tudor Revival style and one of the most remarkably intact apartment residences in Spokane, Washington. The multi-family complex was erected by Chester F. Rider, a noted Spokane builder and real estate developer who founded, owned, and managed the Rider Housing Corporation, and was responsible for the construction of at least six single-family homes and four multi-family apartment complexes on Spokane’s South Hill. During its period of significance from 1939 to 1954, the Robinwood Apartments achieved importance in the area of community planning & development as one of four apartment complexes that were planned, developed, and built by Rider on the hillside area south of Ninth Avenue and along Grand Avenue on Spokane’s South Hill. Associated with prevalent patterns of multi-family residential settlement in Spokane during the 1930s-1940s, the east and west buildings of the Robinwood Apartments, and the terraced inner courtyard design with original brick and basalt rock walls, are architecturally and historically significant.