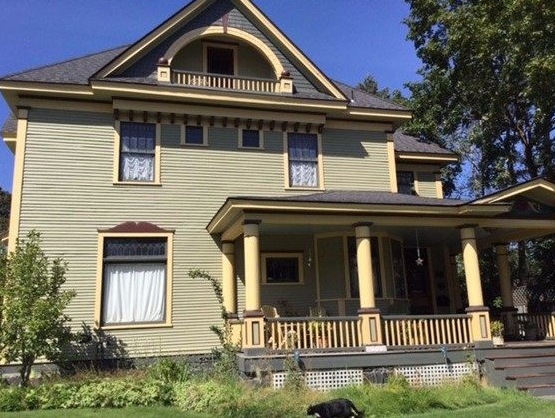 The E. L. Powell House was built in 1899 for Edward Louis Powell, Spokane’s mayor from 1893-94, and his wife Dora. The Powell House remained in the family after E. L. Powell’s death, after which his daughter Gerta moved in to the home with her husband James Rigsby. Dora also remained in the house until her death in 1920. In 1954 the house was converted to apartments, but was later converted to a single-family residence. The home represents master architect Loren L. Rand’s interpretation of the restrained Queen Anne style of architecture. For the Powells,Rand elaborated on a common Queen Anne form by mixing decorative elements from different subtypes in an elegantly subtle way.

The Powell House is a contributing property in the Browne’s Addition Historic District, listed on the National Register of Historic Places 7/30/1976.