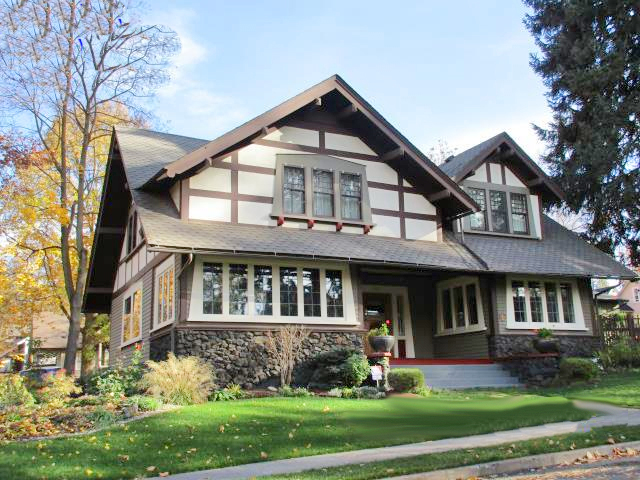 Built in 1906 and 1907, the Pattullo House is an excellent example of the Craftsman tradition. The home was designed by the Ballard Plannary Company, a noted early 20th-century Spokane architectural firm, and was constructed by the Chamberlin Real Estate & Improvement Company.  The April 1907 cover of Chamberlin’s promotional publication, "Spokane’s Home Builders," featured an artist's rendering of the house.  Pictured in the Ballard Plannary Company’s c. 1910-11 house plan book "The Modern Bungalow," a photograph of the house was underscored with a caption that described the home as “strictly California in design,” and professed the beautiful residence was admired by scores of people.  The house was built for Estella Pattullo and her husband, Charles F. G. Pattullo, founder, president, and general manager of the Oregon Mortgage Company of Spokane for 43 years.