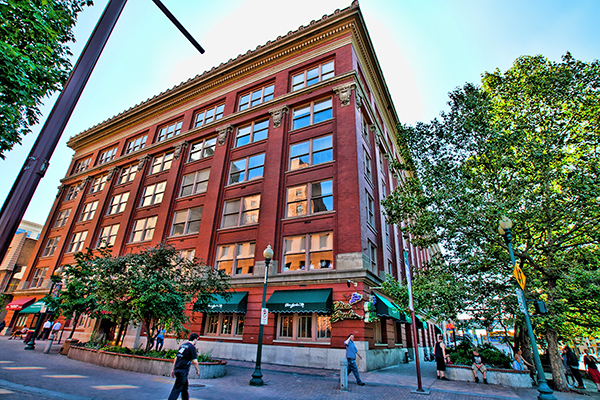 This building was erected to serve as the temporary home of City Hall between 1912 and 1913, when railroad construction required demolition of the previous City Hall building.  The City of Spokane expected to occupy this building for no more than five years, so no effort was made on ornamentation; its exterior was plain and its interior designed to be turned into a warehouse if expedient.  Instead, it served as the seat of city government for more than seventy years, and as such was the site of many events that had an important impact on the historic and social fabric of the region.  As a public building in everyday use, the Old City Hall was maintained in good operating condition and was never significantly altered.  It remains much the same as built, a well-preserved legacy of the Commercial Style and Chicago School of architecture, as interpreted by noted local architect Julius Zittel.  This building served as City Hall until 1982, when the city offices were moved into the Montgomery Ward Building at Post Street and Spokane Falls Boulevard.  It has been renovated for office and commercial space.