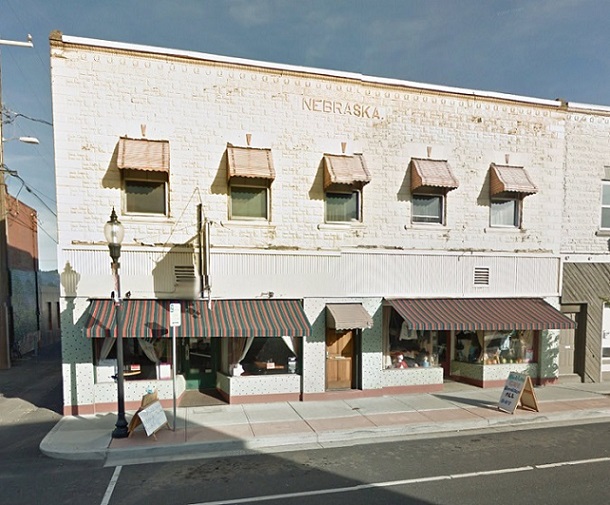 The Nebraska Block was constructed of formed concrete blocks and is distinguished by quoins at the second-floor windows.  Built as an early single-room occupancy hotel, the building was referred to as the Nebraska House and the Nebraska Hotel.  According to local legend, part of the building was operated as a brothel with reports that "ladies of the evening" were engaged in business transactions on the second floor.  From 1907 to 1952, first-floor space was occupied by a variety of tenants including dentist W.G. Beaumont, the law firm of Brown & Upton, Gibson Billiards, Walker Grocery Store, Imperial Pool & Beer Parlor, Louis Via Grocery Store and various cafes and restaurants.

The Nebraska Block is a contributing property to the Hillyard Market Street District, listed on the National Register of Historic Places in 2002.